Enough Is Enough: Relocate the Confederate Statue in Rankin County

Dr. Ava Harvey, pastor of Pilgrim Rest MB Church in Brandon, MS spoke to the Rankin County Board of Supervisors last week – Aug 3, 2020 – about moving the statue in downtown Brandon:

“I came today to formally ask the Board of Supervisors to remove the Confederate monument from where it’s currently located in downtown Brandon, and place it in the old Brandon cemetery, where two Mississippi governors Robert Lowry and Anselm McLaurin are currently lying.”

He goes on to give his reasons. Here are just a few excerpts (any mistakes in transciption are mine):

“Understanding history is important, and appreciating heritage is priceless. And I do not wish to erase, nor diminish the historicity and memory of the thousands and hundreds of Confederate and Union soldiers who bravely fought and lost their lives for their respective causes.

“However, it is a historical fact that Mississippi was fighting to continue the hideous practice of enslaving Black people…”

“It is without question that the Rankin County Confederate monument is a symbol of Mississippi’s secession position. Therefore it is a symbol that identifies with the preservation of the institution of slavery and ignores the actual plight of African American people by fighting to keep them relegated to a position of chattel.” 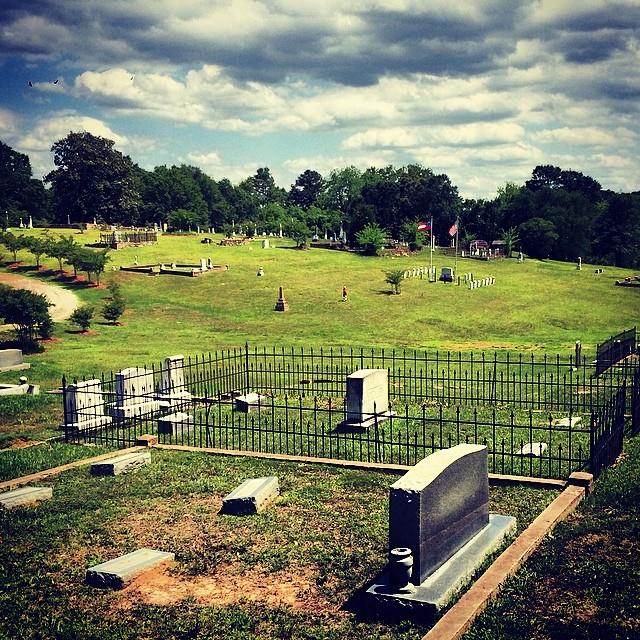 I have yet to hear a convincing argument against moving the Confederate monument from the middle of downtown Brandon, MS.

All I keep hearing boils down to fear of “erasing history” and a slippery slope fallacy that is rooted in disdain for “the liberal agenda”, stubbornness, and white supremacist ideals.

The monuments’ purpose is for us to remember the fight for the Confederate States of America, and the soldier who fought for “the cause he knew to be just”.

Setting aside the fact that I think it was a disgusting cause to fight for, I still can’t imagine why it can’t serve that purpose in a museum or cemetery. I would understand the argument a little better if we were asking for it to be torn down and thrown away, but that’s not the case.

The Old Brandon Cemetery is full of Confederate soldiers’ graves, including a former MS governor (Robert Lowry) who was a general in the Civil War, and a former Senator and Brandon mayor (Patrick Henry), who was a major at the time of surrender.

Why does Rankin County continue to promote and celebrate its white supremacist history?

Moving the statue won’t get rid of racism in Mississippi, or change the past, but it’s a symbol. They obviously have meaning, or this wouldn’t be a conversation at all. I can’t understand the desire to defend the Confederacy to the extent that moving a statue less than a mile away, in public view in a well-maintained cemetery, is a fight worth having for anybody.

I’ve gathered some quotes, documents, and speeches. Dr. Harvey referenced a few of these (and more) in his request to the board. Others, I’ve added from my own research:

📍 In 1907, the Rankin County Board of Supervisors contributed $2,000 taxpayer dollars for the Confederate statue that remains in the middle of downtown Brandon to this day. In today’s dollars, that’s over $50,000. 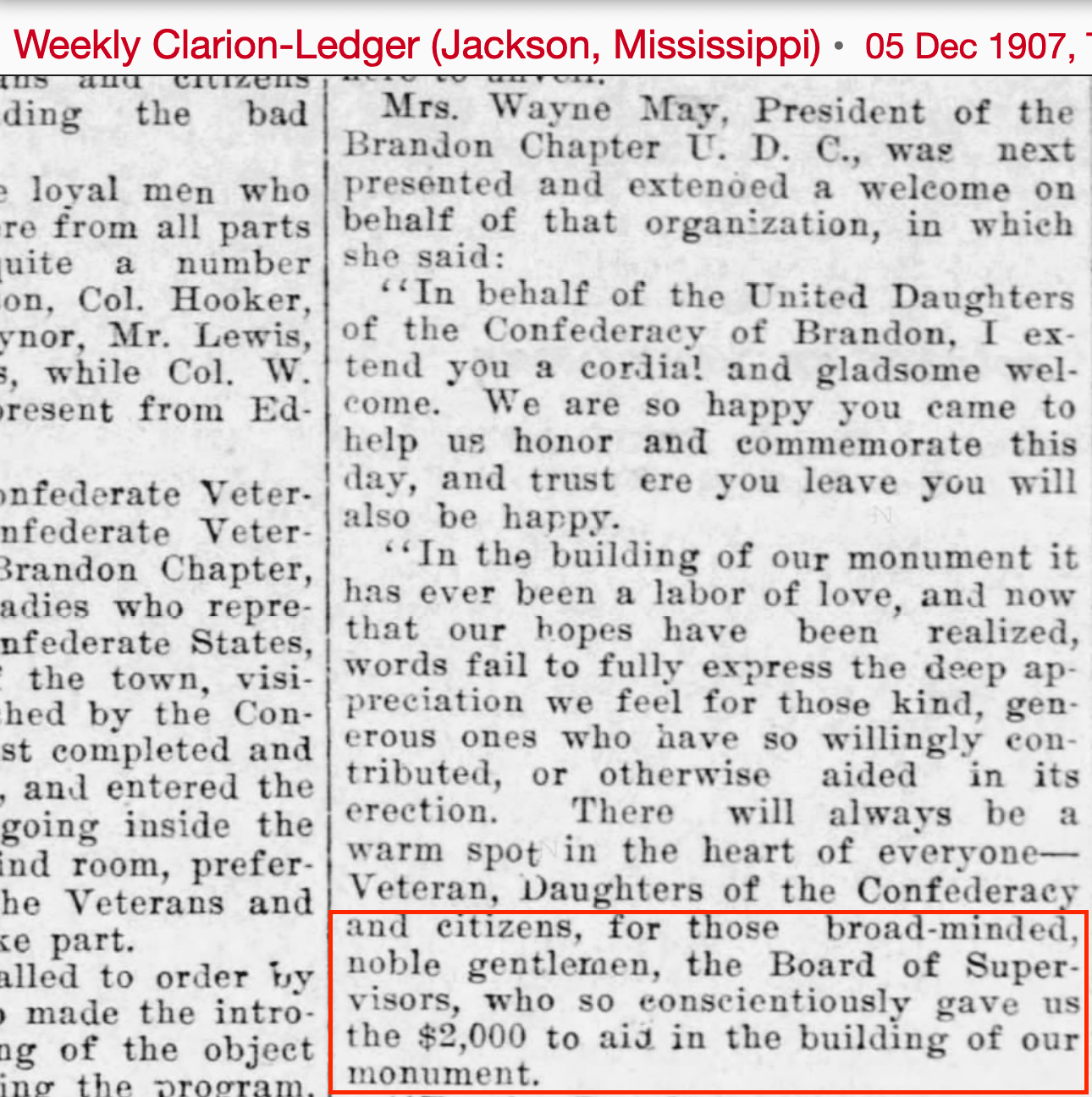 📍 At the time the statue was erected, James Vardaman was the governor of Mississippi. This is a quote from an article he wrote for Leslie’s Weekly in 1904, two weeks after his inauguration:

“I am opposed to the n*gger’s voting, it matters not what his advertised moral and mental qualifications may be. I am just as much opposed to Booker Washington as I am to voting by the cocoanut-headed, chocolate colored typical little coon, Andy Dotson, who blacks my shoes every morning. Neither one is fit to perform the supreme functions of citizenship.

Mississippi Secession Declaration:
“Our position is thoroughly identified with the institution of slavery– the greatest material interest of the world.”

Texas Secession Declaration:
“We hold as undeniable truths that the governments of the various States, and of the confederacy itself, were established exclusively by the white race, for themselves and their posterity; that the African race had no agency in their establishment; that they were rightfully held and regarded as an inferior and dependent race, and in that condition only could their existence in this country be rendered beneficial or tolerable.”

The Soldier’s Prayer Book, pg. 65-72:
“Look down upon us especially as a slave-holding Confederacy. As thou hast bestowed upon us the blessing given in perpetuity to the posterity of Shem and Japhet [See Gen. ix, 25-27.], do thou, in blessing, bless us, and make slavery a blessing, to ourselves, to our slaves, and to the world at large.”

“The Cornerstone Speech” of the Vice President of the Confederacy, Alexander Stephens:
“Allow me to allude to one other though last, not least. The new constitution has put at rest, forever, all the agitating questions relating to our peculiar institution, African slavery as it exists amongst us – the proper status of the negro in our form of civilization. This was the immediate cause of the late rupture and present revolution.”

Obviously I support Dr. Harvey’s request, and I hope the Rankin County BOS does the right thing.

There’s work to be done, because enough is enough.

Posted in The Civil War